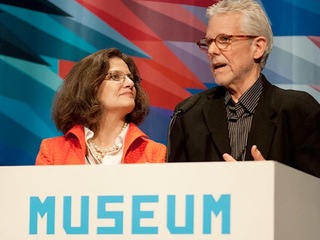 The six-day festival kicks off March 5 and aims to showcase Queens as a premier destination for filmmakers and film lovers alike, according to organizer Katha Cato.

“Great films don’t just have to be made in Hollywood,” she said. “We have world class facilities here, we have nice hotels, we’ve got tremendous neighborhoods and communities that are starting to blossom with artists.”

The remaining films will be shown over the next five days at Jackson Cinema in Elmhurst, The Secret Theatre in Long Island City and the Renaissance Charter School in Jackson Heights.

The movies will be shown in blocks organized around a common theme, and paired with special programming like panel discussions and question-and-answer sessions with the filmmakers.

An awards ceremony will be held Saturday, March 9 to highlight the best picks in the categories of narratives, documentaries, animation and LGBT films.

In addition to a number of local films, the festival received submissions from all over the world, including Australia, Italy and Croatia. Cato is throwing a mixer for the all of the participating filmmakers next week.

“This festival is not only about creating a community in Queens but also within the artistic community, to generate that tribe,” Cato said.

Queens has had it’s share of problems in the past when it came to film festivals. The borough used to host to the annual Queens International Film Festival until its founder Marie Castaldo was busted on fraud charges in 2010.

“It was unbelievable,” said Cato, had volunteered, along with her husband, at the former festival until the scandal hit.

“My husband and I felt that she had embarrassed the borough.”

That’s when the Jackson Heights couple decided to start fresh with a film festival all their own. Cato has a background in theatre, and her husband, Don Cato, is an experienced filmmaker.

They launched the Queens World Film Festival in 2011, and it’s grow each year since.

“We thought that the borough deserved better,” Cato said. “The community deserved it.”

The Queens World Film will run March 5-10. An all-festival pass, including opening night, is $75, while a pass without opening night is $50. Individual program tickets can be purchased for $10, or $6 for students and seniors.