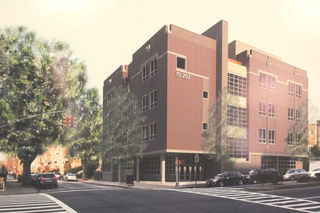 JACKSON HEIGHTS — The city unveiled designs Thursday for two new schools in Jackson Heights and Corona, two neighborhoods rocked by overcrowding, which are set to open within the next 18 months.

P.S. 287, at 110th Street and Northern Boulevard in a part of Corona located in severely overcrowded District 24, is a four-story school with a 420-student capacity, serving Pre-K through fifth grade, according to School Construction Authority officials.

The second school, I.S. 297, will be located at 33-55 74th St. in Jackson Heights. Also four stories, the school will fit 400 students, serve grades six through eight and will be completed by September 2014, officials at the meeting said.

As part of the plan, the city is purchasing land directly across the street from the school to build a playground, officials said at the meeting.

SCA officials revealed the plans at a Community Board 3 meeting at the Renaissance Charter School, located at 35-59 81st St. in  Jackson Heights.

To try and alleviate that crowding, the Department of Education has begun plans on at least eight new schools in districts 24 and 30, and is anticipating contracts on three others, according to the SCA.